My girlfriend Odelya shares a little with us on Hanukkah, which started a few nights ago.

Hello Desire to Decorate readers! I’m so happy to be sharing a little about Hanukkah with you.

Hanukkah is actually, one of the least religious holidays of my religion. It's grown into being more known amongst non-Jewish because of its close proximity to Christmas.  Hanukkah actually never was about gift giving, just the Hanukkah gelt (chocolate money) and lots of good food to eat.  Over the century, we began ‘competing’ with Christmas so it evolved into gift giving… but only to children.

Known as The Festival of Lights, is an eight-day Jewish holiday commemorating the rededication of the Holy Temple in Jerusalem. Olive oil was needed for the menorah (type of candelabrum) in the Temple, which was required to burn throughout the night every night. The story goes that there was only enough oil to burn for one day, yet it burned for eight days, the time needed to prepare a fresh supply of oil for the menorah. An eight day festival was declared to commemorate this miracle. 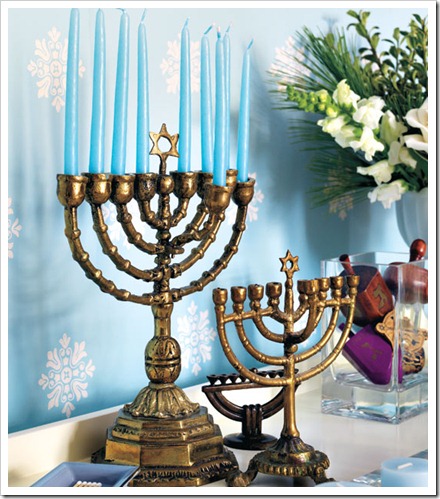 There is a custom of eating foods fried or baked in olive oil to commemorate the miracle of a small flask of oil keeping the flame in the Temple alight for eight days. Traditional foods include potato pancakes, known as latkes and jam-filled doughnuts, called sufganiyot. Other Hanukkah traditions are Hanukkah gelt (chocolate money) and the dreidle game.  Dreidles are four-sided spinning tops that children play with and each side is imprinted with a Hebrew letter. 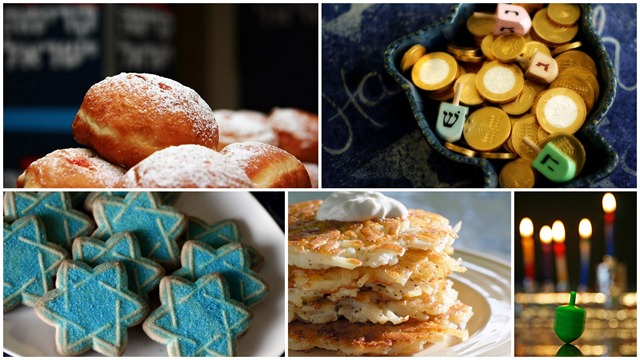 Here’s some inspirations for some easy to prepare decorations for this holiday… keeping it simple with silver, blue and white accessories. 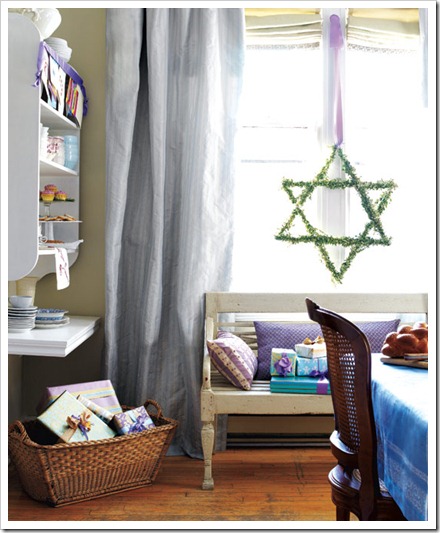 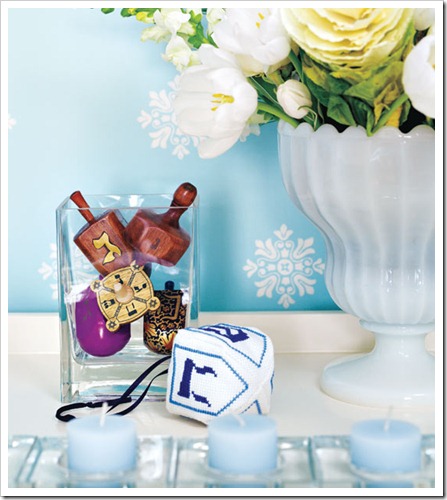 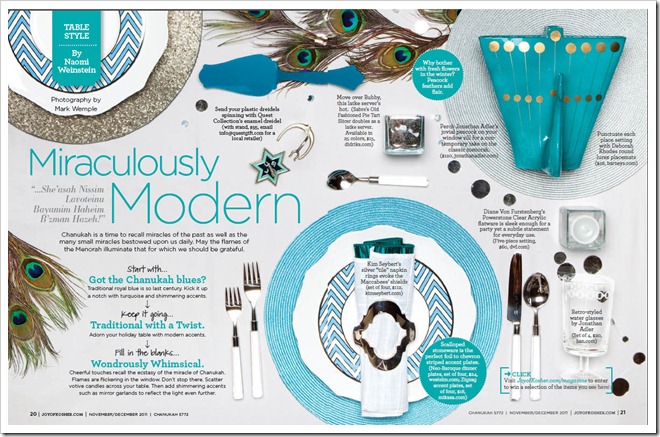 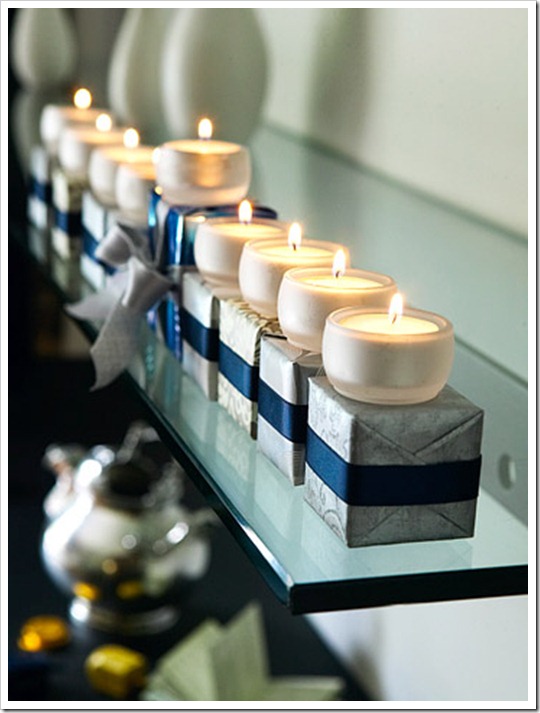 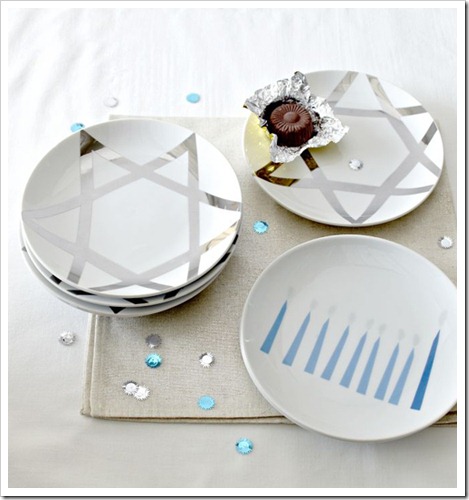 Celebrating Chrismukkah? Photos from the December issue of Style at Home was great inspiration - 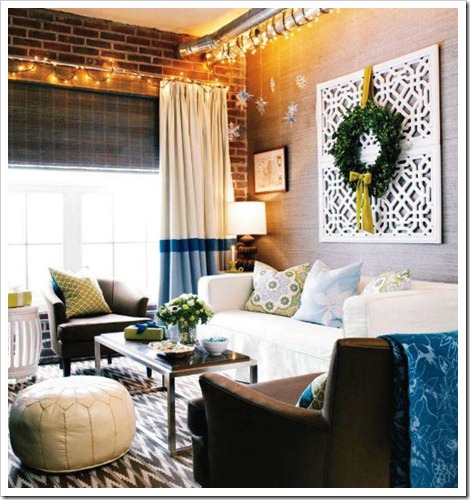 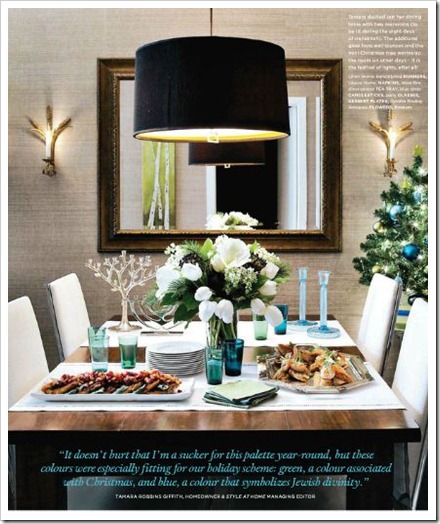 It was so much fun pulling this post together, thanks Wendy!

Alia parker said…
The brief reaction is no, you shouldn't tip your Airbnb have. Tipping is a technique to showing appreciation for good help, nonetheless Airbnb has do not have the foggiest idea the significance of what they're achieving as an assistance thusly - instead, they're giving their house to you as a comparable. airbnb cleaning schedule 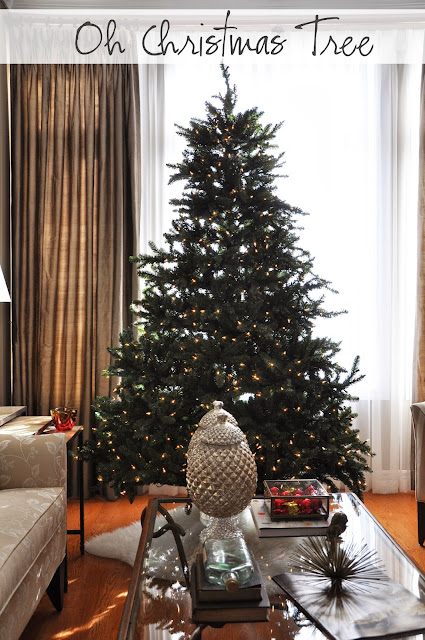 Decorating Your Home with Flowers